Lessons from a discussion between a five-year-old and his father.

A young boy of 5 asked his father, ‘’Dad, why do we pay tax?’’ The father went on and on about how taxpayer’s money is used to fix roads, fund security and education and he listed so many other uses appealing to logic and reason. He explained why tax should be paid but the young boy was still not persuaded by his father’s reply. Then the father said, “Even Jesus said, ‘Give to Caesar what belongs to Caesar'”.

Then the young child jumped at that answer, “Dad! That’s exactly my point. Caesar died over 2000 years ago, why do we still pay taxes to him?”

THE LESSON
From this story, we can clearly see that the effective teacher is not the one who simply ‘knows his onions’ or the one who can merely communicate his points fluently.
On the contrary… 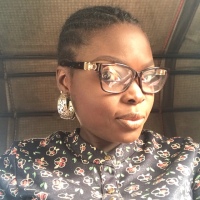